You are currently browsing the monthly archive for February 2020. 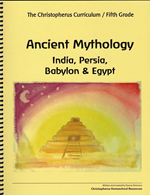 The Ancient Mythology main lesson taught to all fifth grade classes in all Waldorf schools around the world is an opportunity to allow a child to experience himself as a member of the human race who shares a past with the rest of humanity. At the threshold of puberty, the eleven-year-old child is beginning to be aware of himself as an “I”, with all the freedoms and responsibilities that this entails. The development of a sense of “I” and of freedom is the main theme which one can trace through these successive cultural epochs which Rudolf Steiner identified as the Ancient Indian, Ancient Persia and Eqypto-Chaldean. The development of human consciousness toward freedom continues into the Greco-Roman epoch and then into modern times. 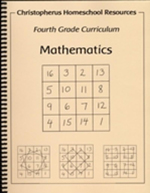 The main math goals during fourth grade are:

This curriculum gude requires the Key To Math series workbooks.

Illustrated by Georges A. Feldmann 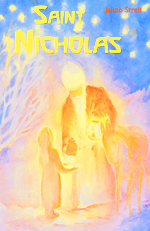 This delightful biography of a man who has become a legend celebrating the wonder
and kindness within the Christmas spirit speaks to children of all ages. 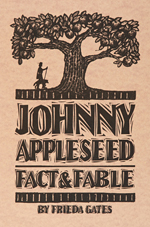 Told and illustrated by a nationally acclaimed children’s book author and illustrator, this book was created in celebration of the Fellowship Community’s acquisition of the Duryea Farm and Apple Orchard. It consists of the real facts in the life of the man known to the world as Johnny Appleseed and is interspersed with many stories told about this remarkable human being. Each story is illustrated with Frieda Gates’ wonderful pictures.

How Waldorf Schooling Addresses the Problems of Society 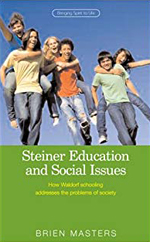 Is the philosophy we use to educate our children responsible, at least partially, for the attitudes and general tone of our societies? A recent UNICEF report on wealthy countries saw the United States and the United Kingdom ranked lowest in the quality of life for young people across a wide range of categories?including poverty, health, drugs, friendships, and happiness. According to experts, those nations that performed best in the survey have created “child-friendly” societies in which, for example, young people are not pressured to achieve academically until their teens. In contrast, educators in the US and UK generally press toward economic success, using education as a means of generating?through “No Child Left Behind” and increasing use of tests?the high achievers needed, it is thought, to produce material wealth.

Brien Masters?an educator for more than fifty years?asserts that education has a central role to play “in bringing into human lives those qualities that can take us forward to a progressive future.” He proposes that Rudolf Steiner’s educational approach, which is practiced primarily in the Waldorf schools around the world, is well equipped to enable this. In Steiner Education and Social Issues?via a series of short, engaging chapters and based on his broad personal experience of teaching and teacher-training?Masters tackles a wide range of modern social issues, from drugs and nutrition to boredom to the influence of television and multicultural societies. This is a wise and informative guide for parents, teachers, and anyone interested in the future development of our children and our culture. 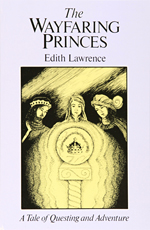 A tale of questing and adventure for children age 7 and up. What would you do if you lost your memory and had no one nearby to help you? What if you were enslaved and had to toil long at tasks that seemed meaningless in order to win your freedom? Or what if by acting heedlessly you had brought disaster on the one you loved most? In The Wayfaring Princes, Prince Justin, Prince Felix, and Prince Brand of Lyngardia face and solve these challenges and so win their kingdoms.